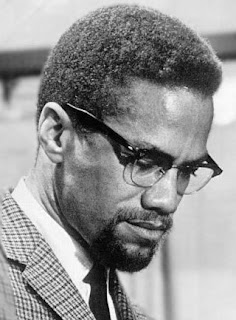 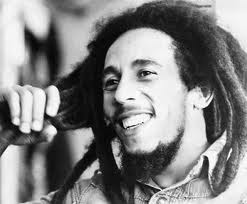 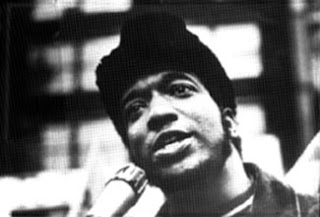 “Emancipate yourself from mental slavery none but ourselves can free our mind. Have no fear for atomic energy, cause none of them can stop the time. How long shall they kill our prophets while we stand aside and look. Some say it’s just a part of it, we’ve got to fulfill the book.” Bob Marley, 'Redemption Song'

Certain energies come in with a force so swift gravity alone cant keep them down. They’re beyond gravity’s pull. They almost seem as though they weren’t born or as though they aren’t real or living as you or I. Yet they are very real because it feels as though you know them – as though you’ve always known them deeply, intimately, truly. Throughout this month, three brothers have been riding my spirit. I don’t know what I mean by that but perhaps I can briefly illustrate in these words which I trust will serve as libation to their memory.

February, though annoyingly short (thanks to Roman egotistical dalliances), is significant for various reasons. I came to England in February over thirty years ago. It was treacherously cold and I’d been stuffed into an awful hand sewn blue suit whose style was still hankering back to the 70s to make the special, life changing trip. I looked ridiculous – it was some strange prickly fabric – I think I even had on platform shoes with those never-ending rubber heels! Anyway we had been here for just one year when I vaguely recollect hearing that Bob Marley had died. He was born in February. I cant quite explain it and I don’t care how curious it sounds but there has always been in some remote part of me a belief that I was related to Bob Marley. Rather, that he was someone I really knew.

The song that sticks most in my mind is ‘War’. As children we used to play about with the words, unaware then of their import; rhyming ‘East with ‘sheh crease’ and ‘north’ with ‘under sheh skirt’ and so on; childstuff (obviously male inflexed). I know now that they stemmed from an address made by Emperor Haile Selassie to the league of Nations in 1963. I’ve since used the words of this song as part of my lectures to reveal that the cry for human dignity will ever be prevalent – that as long as one group of people believe in their superiority over others there will always be a humanitarian struggle; that, as we see across the middle east, this struggle is also about systems of beliefs that deny people their human rights. And as we almost voyeuristically watch what’s unfolding there we might take some sordid pleasure in believing that this human struggle is an abstraction that is removed from our experiences. But subtly we’re being pressured and squeezed and frustrated but we have too many distractions to really deal with how crucially we’re being affected. How should we describe a government for which the majority of a nation’s people did not vote? How should we regard the chop and slice of crucial social and community services (libraries, schools, hospitals/NHS care, etc), and the arbitrary increases in everything (especially and despicably the price of education) by our government? And hauntingly as ‘War’ alludes Africa continues to be raped of its resources, its people enslaved by the global economic trade system that denies their right to self sufficiency. So the chant for freedom and redemption that we hear in the undying rhythms of Bob is like a constant invective toward those systems that have no regard for humanity. But systems topple; ‘none can stop the time.’ It is only a matter of time.

February is also when Malcolm X died. I’m not sure when Malcolm entered my soul. There was always a picture of him floating about the house – that one with him and the gun, guarding his home peering through the window; the words ‘by any means necessary’ were on the bottom banner. Again, Malcolm came to me as no stranger. He looked like someone I knew; someone I’d always known. There’s this black and white picture of my father which must have been taken in the 60s. He’s wearing thick rimmed spectacles just like Malcolm. He has that same penetrative, intelligent, serious stare as if there is so much contained within him. Like Malcolm my dad died young. I didn’t literally know him - so it’s the same spiritual soul deep type of knowing of an ethereal presence that I have for Malcolm.

That quotation about the light is my favourite because it speaks again about the middle meeting toward human compassion, dignity and intelligence. It’s urging us to reach toward the spirit of humanity which is our light. Malcolm here is at peace with himself and conscious of his light. That consciousness was deep enough for him to know, be prepared for the death that would come when he was only 39. In his ‘Redemption’ song Bob was conscious too of his mortality, of his light; of his time to return. Redemption has a lonely sound, because that road Bob knew he had to tread alone. And Malcolm was that prophet gunned down when he was surrounded by so many – that’s the way of assassinations, it's true, but it was timely, unstoppable – his light was that swift force, that fleeting star. Although swift, he left his light on. When you listen to him or look at a picture of him after a while it stops appearing as though you know him, but it’s as if he knows you. Actually it’s as if he’s marking you or demanding something of you. Maybe it’s that you never forget or that you acknowledge the greatness of his light. It might get to that point of anxiety because you’re not sure how deeply you would be or whether you know anyone who is prepared to die if that’s the cost of expressing their truth.

The only connection with Fred Hampton and February is that earlier this month I saw the screening of a film that looks at his murder. Another prophet – it cannot be denied – gunned down by the system of white supremacy against which he fought. Not only fought, but, as the above quotation illustrates, he was prepared to die denouncing. Most remarkably Fred was only twenty one. Twenty one. His light was so immense, so bright it shone all through his face, deep into his sharp dimples and lit up his everywhere. His light terrified the ‘pigs’ –the white supremacists who weren’t down for his kind of Truth. What was so wrong in demanding that African Americans protect themselves against the terrorists that were the American Police primarily but also the system that denied them human rights? What was so wrong, so criminal in creating a food programme for children? What was frightening about providing free medical care for poor African Americans and actually European Americans too? What was so outrageous about persuading street gangs that they were not each others’ enemies and to stop fighting one another? Anyone who looks at that kind of manifestation of pure light and Truth and declares it threatening, as J.Edgar Hoover did, is by contrast uncompromisingly evil. For just as there are light beams there are dark forces. Hence the struggle of humanity is not something that happens in specific decades – like the 60s (Civil Rights), or 70s (more Civil Rights, Vietnam War; racism in the UK), or 80s (unemployment, more racism in UK) and so on – but it’s perpetual, an ever present phenomenon. And you can feel it now – that revolutionary thing biting, but we sit and we watch and hardly believe in what we’re feeling because truly it’s frightening.

None of these prophets really died. That’s a physical thing that they seemed beyond. That’s why they were ready for death, knew it had to come but that it was nothing for them to fear – a necessary fulfilment of their book. In The Murder of Fred Hampton there’s a clip of his girlfriend, Deborah Johnson (now Akua Njeri) describing the morning he was brutally murdered. At the time she was 8 months pregnant with their child, Fred Hampton Jr. As she’s talking baby Fred is upfront in the camera, bubbling and sounding and all lit up, demanding we focus on him. And we do; we cant help it because Fred Jr bears perhaps not only the image of his father – nothing uncanny about it – it just is – but he is also brimming with the same kind of ‘high’ and light for which his father lived. He was born about three weeks after his father was killed – his mother barely escaping with the two lives, despite also being shot at by ‘pigs.’ The undying light of his father’s spirit resounds in his words ‘you can kill a revolutionary, but you cannot kill the revolution.’ But the ‘pigs’ will keep trying as Fred Jr will attest.

Betty Shabazz, Malcolm’s wife was also pregnant when he was assassinated. One of the twins born six months after her father’s killing made more news this February for a trail of offences that we’ll never truly understand. We daren’t think it’s a shame because we don’t understand how deeply she is affected by the power of her father, and mother’s light. The struggle of their family is ever, like that of humanity – it’s ancestral if we recall the wicked way Malcolm’s father was killed and the torment of the family by KKK terrorists. For Bob also there was a child born weeks after he died. Whose skin doesn’t crawl when we hear one of those children extending their vocals not merely to exact their father’s sound, but to perfect the image of his light?

I don’t mind that they have toyed with my spirit this month. It has been a kind of comfort. I don’t ever want to forget them; nor do I ever feel weirded out by that feeling that I’ve always known them. When I hear their sound, watch the manifestation of their light through their orating/singing, when the rhythm of their words penetrate my soul I feel both at once alive and enraged. And both I want to feel. In that way I can bask a little, meditate somewhat in the reflection of their light and get a bit closer to that something for which I too might be prepared to live and die.


Shout Out
Posted by waywivewordzspiritualcreative at 22:02 3 comments: