The killing of David Emmanuel and the cause for vigilance 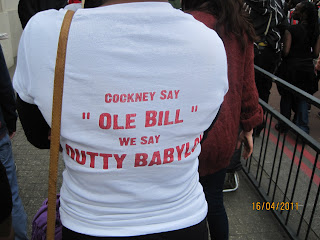 Anger has to be regressive. It otherwise consumes the heart and stupefies the mind. But how do we respond when we hear about another victim of police heavy handedness in enforcing the law? Some might sit and sigh – shake heads and exclaim ‘how sad!’ Some of us will feel so enraged that sitting and sighing won’t alleviate that vigorous pounding in our hearts. We feel compelled to do something. Some will have an acute understanding of the experience because of the recent killing of their son or brother or husband, uncle or sister or mother or daughter. And by recent I mean as close as the experience is to their heart. But will it revive their anger and frustration? For a moment - maybe. But anger burns energy and the time for it has long past. The tirelessness of those campaigning for justice shockingly against the police is durable because their anger has regressed. In its place, action, will, determination. Spirited action and the conviction that they will succeed, however long it takes, however tiresome the fight or mightier their opponent. And if some of us are not angered or stirred to action this does not mean we do not empathise. But the lack of action or expression of empathy can cause some of us to make sweeping and confounding remarks, which this Shout hopes to address.

Contrary to a floating view that some of us only attended the march on 16th April because it was for Smiley Culture, for me it was because I was yet again faced with the memories, none more harrowing than that of Joy Gardner nearly twenty years ago and other deaths committed by the police throughout my lifetime in this country. My sister because her son had been arrested by police and forced to do community service for committing no crime whatever. My 22 year old niece because she wanted to be part of a collective committed to bringing change to her generation. I wonder whether the suggestion is that we shouldn’t act/protest in order to avoid the accusation of bandwaggoning or misguided idealism. I make no apology for participating in the march last week, whatever my reasons. If some of us are considered guilty of acting out of some fabricated and belated concern how then must those who did not participate in the march be judged? Should we consider them more righteous because they didn’t choose to ride the Smiley Culture bandwaggon? Should we denounce them as exercising nothing short of wanton apathy? Of course not. Everyone does “their thing a little way different” and within the timeliness of their own convictions.

Smiley Culture’s death has given the cause another profile because of his status, this is true, but the march called attention to the reality that deaths in police custody have for too long perpetuated with impunity. It highlighted that figures of victims alarmingly accelerate whilst the police responsible retain their liberty at our taxpaying expense. This freedom not only means they are above the law but that they are empowered to commit these inhumane offences again and again – in the name of the law. What this calls for is for every one of us to be at all times vigilant.

Last night I observed two policemen exercising their stop and search powers. They’d pulled over a black man; he seemed to be in his forties. His was not a flashy, sportsy car; if anything it looked like a family car (I’m useless at naming the models). Although I kept walking I was same time trying to observe what was happening as I have so many times done when I see police handling brothers. The man was being cooperative as far as I could tell; stressing almost jovially that he had wanted that particular model of car as opposed to the latest, but the policemen weren’t appealed by his light heartedness; after all he was ‘suspicious.’ They were instead seriously trying to find some kind of criminal act on his part. I continued my journey, sensing that the policemen might not get the satisfaction they craved from the guy, who seemed far too relaxed – and if I could stretch the thought- familiar with what was happening to him.

About an hour later I was speaking on the phone to a friend when he started railing at someone for rushing up to him. I thought it was a road rage moment with some random other driver. He was asking the other person why they’d approached him so aggressively when he was sitting in his car talking on the phone – that is he was emphasising that he was not committing any crime. It was then I realised he was talking to the police. They were asking him if the car was his (again, it was not flashy, nor noticeable). He told them it was. They were challenging his every word, which was heated because he couldn’t understand what they wanted from him. There have been a lot of guns and gang problems tonight so we’re checking everyone out – I heard them telling him. Fine – he responded, but why have you approached me so aggressively, I’m not doing anything wrong, I’m sitting in my car having pulled over to speak on the phone, minding my own business. They then said there was no need for him to be speaking to them the way he was (heatedly) when they were only doing their job. A beat of silence, then my friend asked them if they were going to arrest him or what to which they said no and left. Not before shouting after him “and don’t do it again.” My friend, enraged, yelled back at them “do what again?” but they had driven off. He was so vexed that we didn’t speak much more after this. But before we said limp, frustrated goodbyes he said that when they were pressing him he started to doubt himself, wondered if he had done something wrong; maybe he had started to speak to me (on his mobile) before he had pulled over. It took effort of will to be confident he hadn’t done anything wrong. Part of his anger was owing to the fact that a female relative had recently been assaulted by the police. The bitterest part, however, was that the experience was in his psyche causing him to repeat a few times before hanging up that "they’re starting this thing again."

Is it seriously possible that we’re seeing a resurgence of police over exercising their powers discriminatorily against black males? Would that not seem to frustrate our demonstration last week and the many isolated, low profile campaigns across the country? It reminds me of something I heard Robert King one of the ‘Angola 3’ say when he recently visited the UK. Asked whether they had support from any high profilers (celebs) to free Herman Wallace and Albert Woodfox (the other two ‘Angola 3’) from further enduring solitary confinement in the US penal system, he said this: he believed the cause was best supported by ordinary people at the grass roots; he knew for a fact that the night Obama was elected a number of random arrests of black men were made as a message that nothing was going to change – the (white) man was still in charge. So rather than a resurgence I would say that the excessive use of force, killings and harassment of black people (mostly men) by the police is a perpetuation of a wheel in motion. Hence the march was also for the most recent custodial killing of Kingsley Burrell Brown in early April.

To be vigilant then is to ‘keep careful watch for possible danger or difficulties.’ After I hung up the phone to my friend I replayed the scenario and saw that his life could have easily been snatched from him by those policemen. I would have heard the killing on the phone but who would believe it -even with the evidence on our phones? Those policemen (read vigilantes) would still walk free and I would know they were guilty. The IPCC would be called to investigate – welcomed in fact by the police to do so – and yet the men who had killed my friend would be acquitted. The wheel in motion perpetuated. What faith can we have in the IPCC when they’ve not secured any conviction for a policeman involved in the death of someone in their custody? There is no faith in the IPCC because it is impossible to know precisely what makes them independent from the police.

At the march a sound call was made by Sean Rigg’s sister. Sean was another victim of police brutality – killed whilst in their custody in 2008. His sister through trembling, tear choked voice asked why it was that with CCTV cameras everywhere there wasn’t any in the backs of police vans. Why don’t they record their ‘busts’/’raids’ as a matter of course? It’s a rational call given that the numbers are mounting on both sides – policemen are being accused of offences which they deny and young - mostly black men are dying in suspicious circumstances whilst in their custody. Video evidence would be used to support either side to give the public assurance that justice is being properly and fairly served. It would also whittle out wheat from the tares. Surely not all policemen are deserving of Smiley’s cockney translation from “Ole Bill” to “Dutty Babylon.” But can I seriously say that to the families who are frustrated by a system that since the horrific hounding and eventual killing of David Oluwale as far back as 1969 has been so wicked, corrupt and unjust.

It will be noted that I make a bold assertion with the title and constant references to ‘killings’. To refer to these as ‘deaths’ is a euphemistic play on words for which now is not the time. After all, we’ve been told that Smiley Culture ‘killed’ himself. That means a ‘killing’ took place. Like his nephew Merlin Emmanuel, whose dignity and composure as the family’s spokesperson is commendable, and other members of the black community I cannot accept the scenario given by the police. We’ve been asked not to jump to conclusions until the outcome of the investigation. In other words, we’re expected in the meantime to accept the account given by the police that Smiley stabbed himself through the heart whilst he was allowed by them to make himself a cup of tea. We must accept this insulting account whilst allowing the police time to embellish their story. This would take some doing though – rather like trying to polish a worthless piece of diamante to see it if might magically turn to diamond.

To the comfy cohort who raise the argument that Smiley was on a drugs charge I ask whether this vindicates his killing by police. And is this drugs charge punishable by death? A charge does not mean guilt. That is for the court to decide. What in any case does that alleged charge have to do with the present incident? I am reminded here of the crucifixion of Jesus – a David, an Emmanuel whose people told Pontius Pilate (symbolic of the Roman system) to go ahead and crucify him. Our march last week represented the root of ‘vigilance.’ It was a kind of ‘vigil’ meaning ‘a period of staying awake during the time usually spent asleep, especially to keep watch.’ To that cohort who condemns our actions we say that’s your right - for while you criticise and sleep we’ll keep vigil for your sakes as well as ours and future generations who deserve to live freely with dignity and without fear. I walked behind a friend whose shouting vigorously and passionately summed up our feelings about what we’re protesting against: “HUNDREDS OF YEARS WE BEEN HERE AN’ DEM STILL AH PISS PON WE.” To that we say resoundingly enough is enough.

Shout Out
Posted by waywivewordzspiritualcreative at 11:17 No comments: