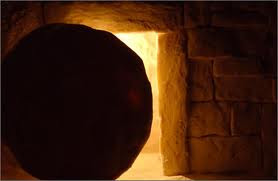 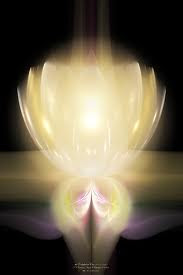 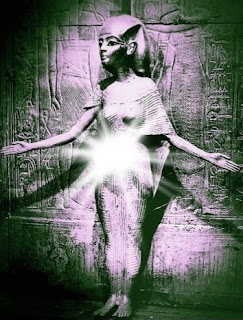 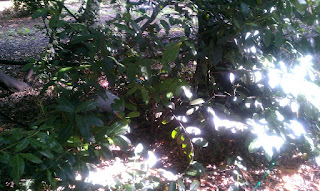 Where do we go when pressures become too much, when burdens seem more than our fair share? What happens when we fall? Who do we blame if not ourselves for our confident stride into stumbling blocks? And why were we not able to perceive those blatant boulders ahead of us which others could easily identify and steer clear from? How do we process the experiences of a significant moment in our spiritual/personal development so that we can know – not merely believe that everything, good or bad, happens for a reason?

‘Good’ and ‘bad’ are like two heads of the one coin. Some one might divine that ‘tales you win’, or ‘heads you win’, another might divine that ‘tales you lose’, ‘heads you lose’. They are quite arbitrary. The Pendulum (another means of divining) swings any which way as a means of directing a serious query. This means that any energy force the Pendulum accesses will provide answers for deeply probed questions – by tapping into recent or distant experiences that are troubling us. In trying to respond to the above questions, I’d like to contemplate the significance of the ‘Death’ and ‘Tower’ Tarot divination cards, as well as ‘The Crucifixion’, ‘Death’ and ‘Resurrection’ of Jesus Christ.

There is a physical certainty or temporal reality that most of us fear. As sure as we are alive, confident, youthful, happy, prosperous, arrogant, proud, hurt/hurting, doubtful, wise, humble, wicked, good, healthy, poor and so forth, we are going to die. So why do we fear death? If we were suffering from a debilitating illness which was severely hampering our life, most of us would prefer to live in that condition rather than call on Death to relieve us. For we know or rather we believe that where there is life there is hope of a miracle, and that belief sustains us. And so it should. Hope is, after all, connected to faith. The trouble with hope (and not faith), however, is that it is a lullaby – it lulls us into the belief in a positive outcome. And as a lullaby it does not endure. Faith on the other hand is a certainty, an assuredness - complete knowing that a positive outcome is inevitable. Knowing what is and what is to come makes us feel secure. But although we know that death will come, we do not know what death is, so we fear it.

In Tarot the Death card is not the final one. It comes way before the end of the 22 major cards and is numbered 13. In Tarot, Death represents transition, the necessity of movement by going through (experiencing) a period of darkness. Death is both necessary and re-warding. It rewards the spiritual pursuant with a new phase of life by necessarily demolishing those aspects of life that are inhibiting our journey. The point that death is a period of darkness alludes to the image of death as a door painted black, which once opened brings new light and thus regenerates a new cycle of life.

Here’s a brief outline of the Tower card. It will likely depict a broken/cracked tower -perhaps the top is on fire or being struck by lightning. A person or people are falling from the Tower; they might be naked as they fall. It is a dramatic expulsion and to me seems more frightening than the skull or skeleton of the Death card. I mean by this that there’s no indication of where the person or people are going to land when they fall. In fact it seems hardly as if they are falling, but as if they have been abruptly, brutally evicted, pushed, thrust from the tower without any chance of being rescued. On the contrary, the Death card is more settled, the matter has been decided, there is no state of limbo.

The Tower represents those things (ideas, concepts) that we believe in – our worldview. These are the things we feel we know that are the strong blocks of our foundation, they are our guiding principles in some cases; we love them, we value them we hold them dear to us. The Tower, the physical make up, is a fixed placed, and appears to be enduring (towers are usually old), as they are constructed with bricks. Bricks are used to build the foundation for houses. We have built our own Tower, though sometimes we find ourselves woefully trapped in someone else’s tower. (Perhaps, I shouldn’t say trapped, but we may have willingly taking up position – rooting – ourselves there.)

Now imagine if the foundation of your house were not merely to crack (which might be fixable) but dismantle completely. What would be your response? You might reflect on the unheeded warnings (the surmountable cracks that were hurriedly patched up) or you might feel that there were no such signs and that the collapse was sudden and unforeseen. Either way your foundation will have to be rebuilt. Would you reclaim and reuse the old bricks to rebuild it or would you go in search (reflecting on self) to find new bricks (ideas, concepts, knowledges) to rebuild your new foundation? If you choose to find new bricks, what would you do with the remnants of the previous foundation? Would you be like Lot’s wife in the Bible and look back at the past (to the glorious illusions or evident successes there) to the extent of freezing into that time and space or would you grab what precious little you can make use of and tear tail towards a new, though unknown and uncertain journey?

You might have perceived that the Tower does not represent ready answers to a given circumstance or experience. Because ultimately it requires serious depth of spiritual inquiry before you can be sure about what recent experiences are trying to convey. So although you may fall from the Tower, it will become necessary to look for/at the instigator of the fall – if the Tower was struck by lightning or if there is fire; what do these symbols convey – rebirth (baptism) through fire, illumination/spark of truth/revelation? Indeed, they may point to a greater truth to which you were blind and which made your foundation or parts of it illusory. Whilst in the Tower did you love someone or something so much that it literally put blinkers on everything else? Would that not be an extreme existence or experience? This surely identifies that one of life’s aspirations should be to find some better balance – or in terms of Tarot to know Temperance.

Let’s see how this might link to Crucifixion of Christ. Why did Christ have to be crucified? And what does ‘crucify’ mean exactly? Is there a difference between ‘crucify’ and ‘death’? Maybe Christ was crucified because he had to be. It was the order of things. As the embodiment of all that is illuminating, just and right, he had to experience that which we must also experience since we are supposed to ‘follow him’ and since ‘he is the way’ (Truth). How, after all does light know that it is dark(ness) – how does dark know that it is now light.

Through the transient experience of one moment of extreme and then another, we, like Christ, can affirm that ‘I am the light, I am the truth and the way’ (my self reflections are clarifying my purpose, journey, responsibilities, sense of self and so on). I have sought truth (having experienced Death/been crucified, having fallen from the Tower) and in my dark hour (when I entered the black door of death, burdened by more than my fair share, experiencing shock/betrayal and so forth) Truth found(ed) me (provided me with a new foundation).

Jesus had to be forsaken by Father, Mother and everyone (being thrust from the Tower), but he also had to forsake them. His cry of ‘Eloi, Eloi, lama sabachthani’ (my God, my God why has thou forsaken me) did not yield a response that basic scripture reveals. Yet Jesus was not truly forsaken by God, for he was experiencing the cycle of regeneration necessary to attain unto heights and become Christ – anointed, illumined. This leads me to the consideration of ‘crucify.’ According to Collins Dictionary crucify means to ‘put to death by crucifixion’. In the context of Jesus’ crucifixion the cross on which he died represents current beliefs – those things he stood for- the accumulation of ideas/concepts/experiences that he carried through his cycle (of life) unto his death (regenerating a new cycle).

In Truth these ideas are more than beliefs in the case of Jesus, for it was his destiny to experience light and dark, to exemplify that which the spirit has always (deep down) known. Where crucify and death meet is referenced in scripture by Golgotha – the place of the skull (or the ‘head’). Crucifixion makes necessary the renunciation of personality to submit to spirit (entirely). Spirit is real as opposed to the fleeting reality of flesh (or mind/head consciousness). It is at this point, of total abdication of temporal obsessions/material possessions (physical body/being), that Jesus becomes his destiny to be Christ (illumined, conscious).

Jesus’ body is entombed in a sepulchre, which again Collins Dictionary tells us is ‘a burial vault’. When the two Marys go to the site, the stone (locking the tomb) has been rolled away. Imagine how dark the sepulchre must have been. Yet once opened, the only scene that should spring to mind is an intense light piercing in. This is when we’re told that Jesus’s (dead) body is not there. There is instead someone clothed in white – the blazing light of illumination – revealing the new Jesus as the anointed one of Christ.

Resurrection is inevitable when we consider the necessary renunciation of tempo-realities. It is in the order, it is regeneration and newness of cycle – in short the extraordinary rhythm of life. Having been put to death, new ideas must be formed by upliftment of mind consciousness so that it confers with the Divine will of spirit and soul through what the body must experience. Resurrection is the culmination of fulfilling the Divine will, accepting/knowing/realising one’s destiny. This is why the body of Jesus was transformed. The body must regenerate; it must be revived once it has experienced crucifixion. But it must do so by acknowledging spiritual reality, its Divine purpose by which it can now completely, assuredly be guided. To be resurrected is to relinquish the old traits that are limiting The Way/Path. It is to now see (re-view) the world anew. It is to know and embrace Truth, love and peace (this is embodied in Christ consciousness as Salome – one of the female disciples of Jesus). To experience Christ consciousness is to desire to spread that newly found love, Truth and peace in order to establish a temperate (balanced) universe (internal self and physical).

The resurrection allows us to accept that the sum of the world comprises many personalities, realities and experiences of which ours is no insignificant part. How to weave in and out of this vast universal tapestry to be a meaningful thread becomes the humbling focus of one who has experienced the Death and expulsion from the Tower in Tarot, as well as the death, crucifixion and resurrection as Christ. So whilst it is necessary to seek refuge and to dwell in God’s fortress - hiding from life, taking refuge, retreating), we ought not to take up permanent residence there, lest from there too we are brutally, inevitably evicted.

Shout out
Posted by waywivewordzspiritualcreative at 12:20 No comments: