Graceful departure: when it’s time to cross the bridge 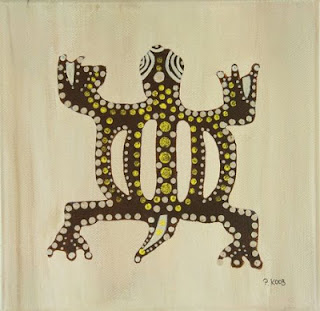 A Guyanese proverb reads “never cuss alligator till you done cross bridge.” It warns against condemning something until you’re certain it is no longer useful, or that it no longer has need of you. Year end is perfect for self-reflection and contemplating new ventures and opportunities. Sometimes reflections are suddenly forced on us because we failed to read the signs sooner. Perhaps we read them but were reluctant to take new steps; to turn off the current road where the tarmac had long needed resurfacing. I share the following consideration about the current state of academia as part of my year end reflections.

Pursuing my degrees was meant to expand the relatively poor education I received at school and provide better employment opportunities. I didn’t plan it but multiple degrees usually imply a natural career in teaching at university. However, I’ve been feeling disillusioned with academia for some time. As I wander through the corridors of London Met, I can’t help feeling unhinged and thus tempted to “cuss the alligator.” The Caribbean Studies no longer exists – neither do History, Philosophy and Performing Arts. How can this be? In a university with the largest number of black and minority ethnic students across the UK, the Caribbean Studies Department made sense. On the History pathway, students had the chance to study Black British History – but only a privilege (probably white) will now have the chance to study any form of History at University level. The “bridge” has curved over my path, I must now earnestly face the question – do I still have need of alligator? 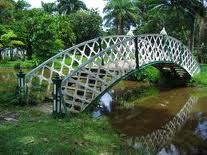 As a teacher, even if your position is marginal, you convince yourself that you’re at least “giving back,” and hoping to inspire generations who like you come from non-traditional backgrounds and are the first and maybe the last members of their families to go to university. Such students need extra support, sensitive teaching and consistent guidance. You pride yourself in the ability (earned from experience) to deliver lessons that would not merely benefit basic educational needs but also encourage students to consider how they might contribute to their society when they leave. Some wont make it – not because they are incapable but they need serious, consistent support and they will invariably take longer to “self-actualise.” You hope too that you’re part of an environment committed to producing “critical thinkers” who will challenge the destructive or outmoded practices and then find creative ways of transforming their society.

These well meaning efforts now seem sentimentalised. Stripped of the funding necessary to run courses in Humanities, Arts and Social Sciences, institutions like London Met are forced to churn out training courses. Quality of the student experience and “higher learning” are compromised. Vocational training is necessary and for some, as it was for me, it can be the pathway to Higher Education. However an educational system exposed to market forces, as the government has now condemned it to be will only produce “drones” and breed the corruption evident in any business (or “for-profit”) environment. How will students respond? As Andrew Mcghettigan and others argue “students will be misled to put a price tag on everything they read and write. The intellectual freedom and critical autonomy of the individual, which democratic nations have sought to develop for centuries will be irreparably damaged.” (See paper 'Putting Vision Back into Higher Education: A Response to the Government White Paper'). I would add to this that students will also put a “price tag” on their teachers; they will expect more spoon-feeding, whilst doing and thinking less. But this is not the future, this is current reality.

It must be time to “cuss the alligator.” The government has been clear about its position on education - a legacy of previous conservative governments -: privatisation of Higher Education. An elite will receive the best educational experience and will largely not feel inclined to give back anything. The majority will scramble for scraps and pay extortionately for the “privilege,” as privilege it will be. In the market place of education the government doesn’t care about “weak institutions” like London Met. Indeed its policies are intentionally designed to weaken them further.

London Met’s reputation, perhaps since the merger in 2002 (which saw the start of redundancies and departmental trimmings), has been under agonising pressure. Its weakness lay in its diverse student body – though this was once its strength and the herald of “widening participation.” In August this year, the government’s vicious move to reduce immigration targeted this particular university because of its “weakness.” The signs are not veiled. 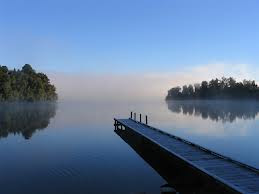 The Tower building is the stamp of the Holloway Road Campus. The “Tower” is also the 16th card in the Tarot divination system. The image on the card is of a building cataclysmically torn down, with fire spiralling from the top and two figures plunging to earth. Whether they have chosen to jump or were evicted by the intensity of the flames is not clear. Horrifically, in August just before the UKBA’s decision to remove London Met’s “Highly Trusted Status” a member of staff plunged to his death from the Tower Building. Like many who remain despite the gloominess and “flames” he had been at the University for 20 years. Why he did it is not clear but one might regard this as symbolic of imminent demise for the University. Interpretation of the symbols when the 16th Tarot card is drawn would naturally be personal. However, if we’re all in the burning Tower do we perform a collective weeping in the hope our tears will amass enough water to out the flames? 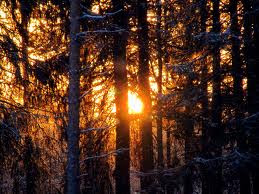 Crossroads are inevitable in every life. They force us to make choices. Spiritual aspirants are not daunted by this, but accept that these choices help to align us with our Divine purpose. We can’t always see over the bridge, which would give us certainty of what new experiences lay there. But our lives are more than a hamster wheel existence. And if we must take a lonely leap from the Tower at least this is an act of self-determination where it might yet be possible to find new alligators.