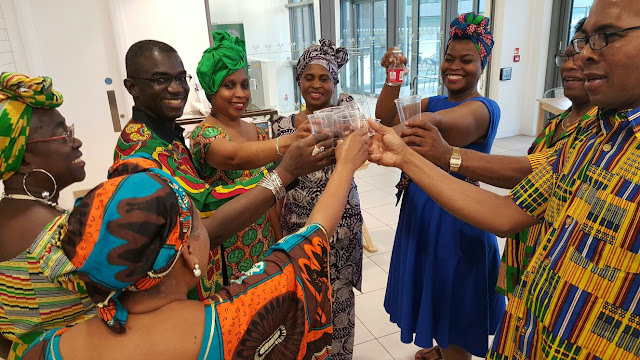 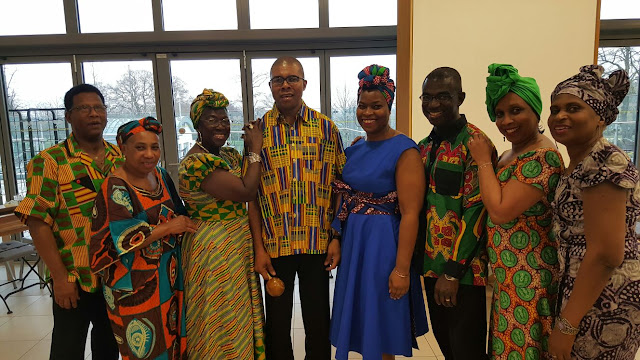 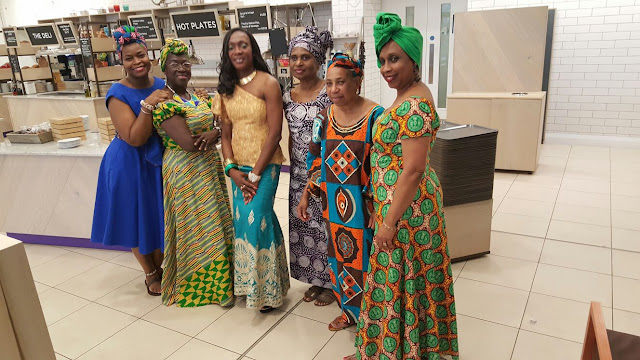 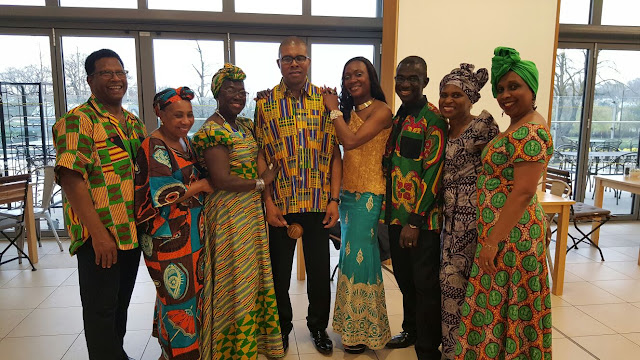 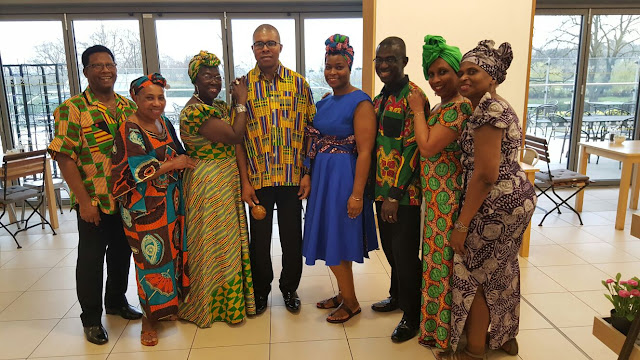 “Most African born people do not recall a precise ceremony of that kind and function, not in the original traditions. My sense is that Africans have created it in conditions of exile to replace the duty of initiation, which in the original communities is spread over much, much longer periods starting at puberty.” (Eusi Kwayana)

Kwe Kwe or (que queh and sometimes qeh qeh) is a well-known pre-nuptial traditional dance in Guyana. It’s mostly performed in the country (Berbice particularly), but appears to be losing its popularity. This may be due to socio-economic challenges generally in Guyana or more likely devalued appreciation for cultural traditions. The note above is to highlight that though it has African roots, kwe Kwe was created from an original rite in the Guyanese creole context and ought to be respected/represented as such.
I’ve noticed that there’s an expectation to include Kwe Kwe (the word possibly means ‘rum’ – I’m not sure it’s etymology but this was given by Mama Vanessa of Ithaca which you can see in this clip) at weddings these days. However, the fullness of this being done days before the wedding doesn’t seem to be recognised. Instead the latter day ‘performance’ of the ritual for the benefit of the wedding guests/bride and groom is preferred. That is – from the perspective of the diaspora. The last time I visited Guyana (2013) I had the chance to go to a Kwe Kwe. I was a bit disappointed by the meagre performance of it. I had never observed one so was keen that this would be my first experience.

Here’s what’s supposed to happen. (bearing in mind variations according to preferences and affordability)

Buying the groom and bride
Back in the day apparently weddings used to be announced in either church or the village. The Kwe Kwe group would be invited to gather the village members to go to both the bride and groom’s family respectively. The head of this group – who will introduce songs is called ‘the Tutor,’ whose function is to call for the members' to respond; the tutor will also give a sign (verbally - 'bato bato') to indicate when the singing should stop (or drumming cease in the case where there is drumming). The night before the wedding, the bride’s family goes to the home of the groom to ‘buy’ him first. Then the group goes to the bride’s family to buy her. Buying is done with either money or rum – in any case rum is used to sprinkle around the place/ganda to invite seen and unseen positive forces to the occasion.

The dance – a hop and feel it in da one drop

The feet create vibration and rhythm of the Kwe Kwe dance. The dance seems simple, a gentle hop and drop of the feet whilst moving in a collective circle. However, it can be challenging if you don’t appreciate that the feet are creating a pounding affect as well as movement. Previously we didn’t need any drum but nowadays this seems standard or at least is there for backup. As Mama Vanessa points it in the YouTube clip I’d advise you to check out – this is because we used to have more wooden floors but now there’s concrete.

The songs
The respective family greet each other with songs – first being ‘Good night ay’ (including the family’s/groom’s name – Goodnight Martin or Marsie say); after this with the song ‘come to my kwe kwe’ which is an invitation to the wider community to participate and enter the ‘Ganda’ (sacred ritual spaces 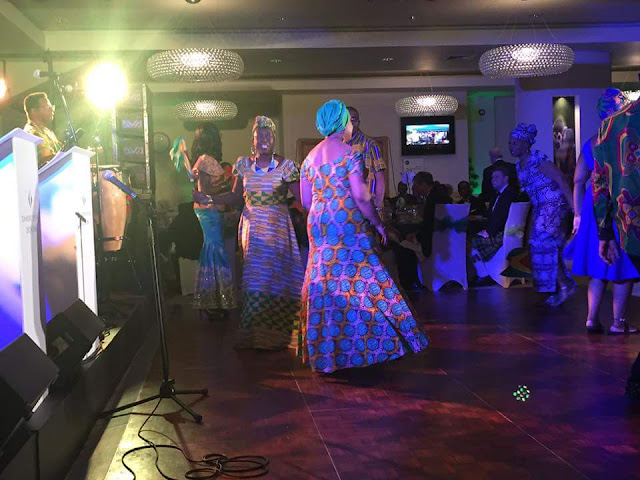 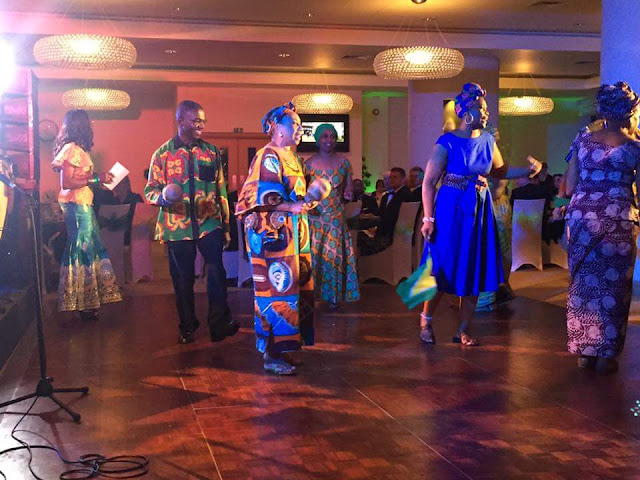 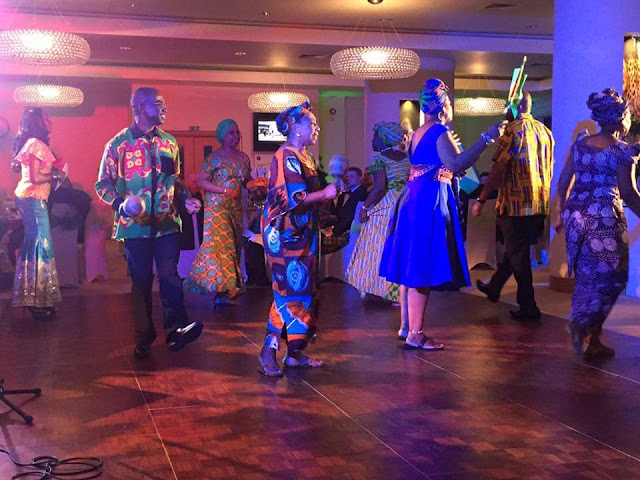 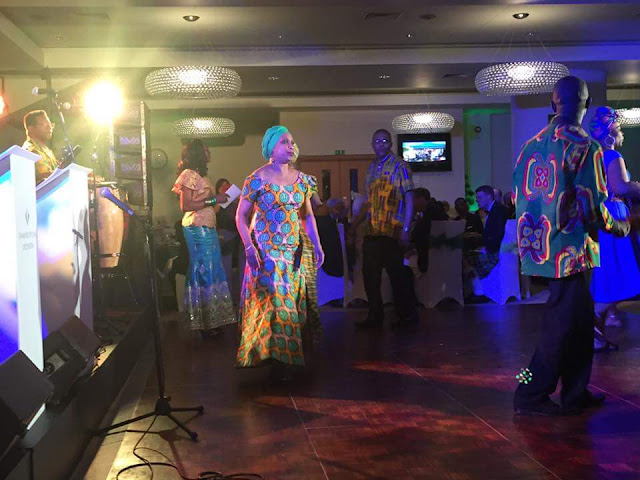 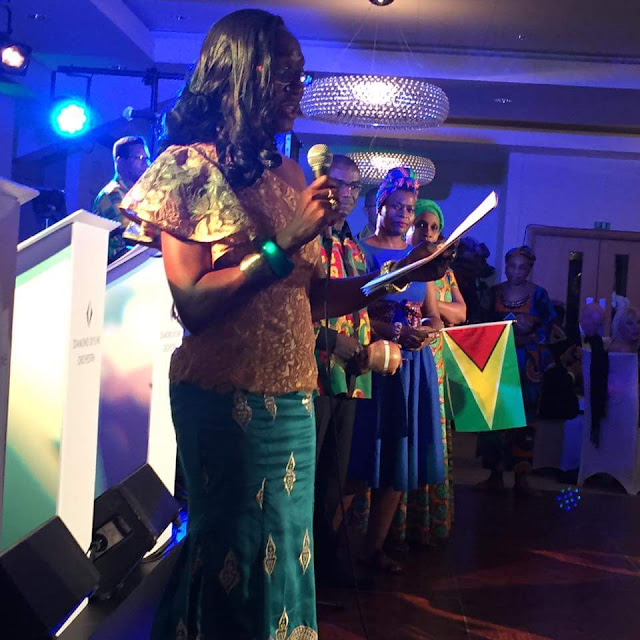 On the approach to each family’s home – the group would sing ‘Coming dung wid a bunch of roses…’ during which the groom/bride’s family and other villagers will dance and sing carrying palm fronds and flowers etc.
The families receive each other (groom side and bride side) by singing ) the ‘Nation song’ to find out the identity of the family but then to confirm that ‘all a we a one generation’ – part of the same ancestral heritage in any case.
Once invited in (respectively) the family’s search for the groom/bride who will be hidden by ther family. ‘Ah wonder whey me Martin/Marsie deh?’ is the song to indicate a search is on to find the groom/bride. 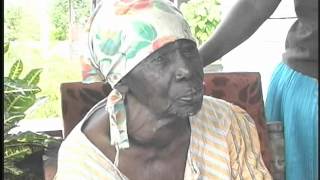 Mama Vanessa of Ithaca village (now deceased) was recorded giving us her knowledge of Kwe Kwe - worth a watch on the link above.

Once either has been found, they’re hoisted onto a chair. Members from the respective family will implore the mother/s not to sell their daughter/son (to indicate how precious to the family they are, a play perhaps to get more money/payment). The other family will insist that they are prepared to buy the bride/groom (suggesting commitment). When the mother finally decides to sell the groom/bride she’d stretch out her hand and await the payment (rum or money, which she’ll accept). They will put the groom/bride onto a chair, lifting them high in the hair.
Eventually both groom/bride are lifted high in the air, sometimes competing to see who is higher which would indicate who’d rule who!

According to Eusi Kwayana ‘it is clearly an instructive ceremony, teaching through play and drama and song.’ Although there’s a tendency to overplay the sexual references in the practice – what Al Creighton calls ‘lewdness’ or Mama Vanessa sees as ‘raw wrenk’ these sexual overtones are there as part of the general instructions or etiquette involved in married life. So such songs as ‘da gyal lay dung…and da man cyan function’ is there to indicate that there’s no point in being married (in union) and neither can get their groove on! So as Al Creighton points out: “the kwe kwe, like the folk songs, is didactic and is a tradition which upholds moral behaviour, chastizes promiscuity, celebrates chastity and brings African 'nations' together through a strong marriage tradition. It instructs bride and groom and serves as a means of social control.”
This is the counselling part that instructs both what they can and can do as part of the union (the expectations of a wife/husband).

We were invited by the Mayor of Merton, Councillor David Chung (a Guyanese) to do a KWE KWE performance at the annual Mayor’s ball held at Wimbledon Tennis lawn. We donned our cultural garmes, did da dance and sang some of the songs as above – adding to these ‘open da door leh de man come in…all a we a one family,’ ‘run dung de mission dam,’ ‘small days medley’ and ‘brown girl in da ring.’ We were grateful for Mama Vanessa’s excellent YouTube video which we used to guide us. We were: John and Margaret David, Coreen Carberry, Cheryl Griffith, Osunyemi Elliott, Yeutan Crandon and Haydock Giddings (who played the drums). Guyanese High Wine (intense liquor) stirred the ancestors and our feet, so we were ready to flounce. We didn't do the entire thing - mimicking the roles of the bride and groom but hope we can do so in the future - with more time, space and preparation. Councillor Marsie Skeete helped to organise the event and our performance. In truth we had anticipated being part of the general seating and guests after we had completed the performance; however communication issues meant we were treated somewhat shabbily, failing to get the appreciation we felt we deserved. Still we were grateful for the experience and realise that we need to be serious about cultural retentions like the Kwe Kwe, which some seem to want but on their terms. 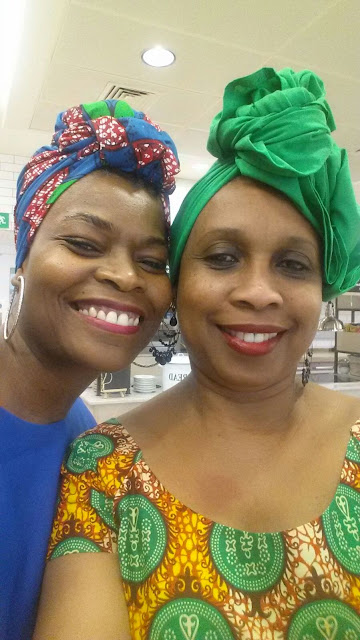 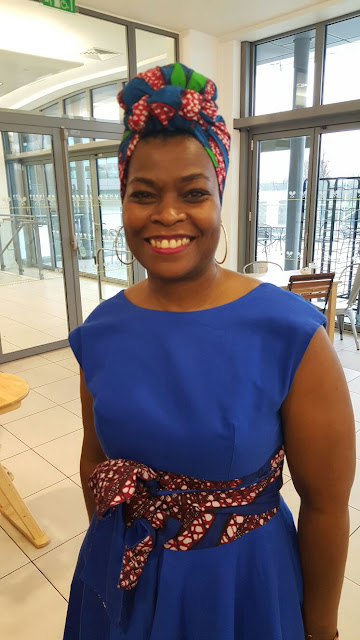 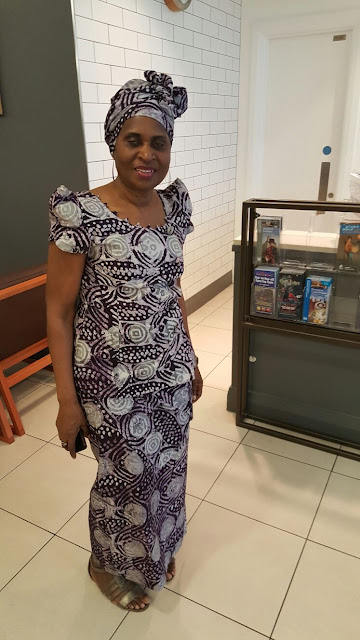 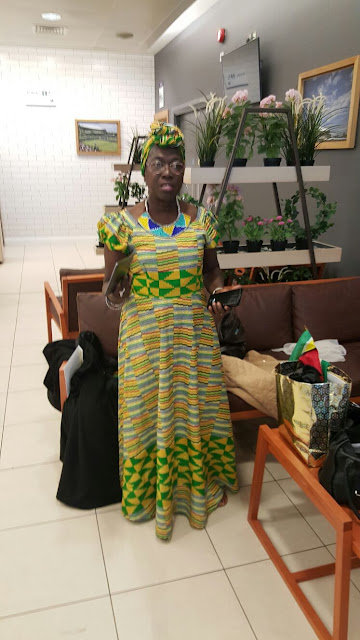 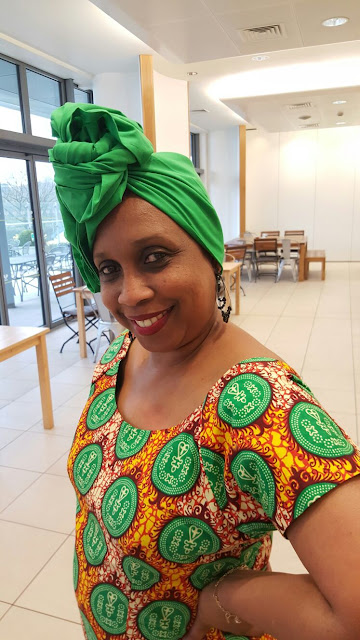 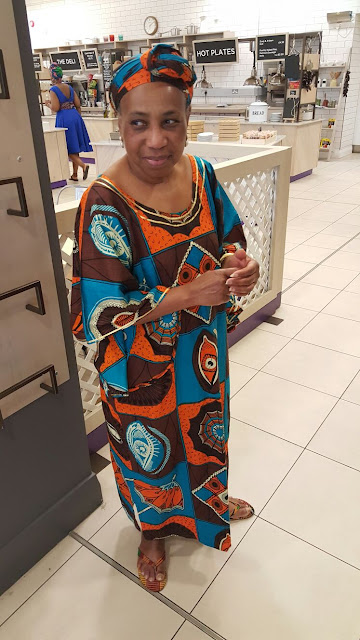 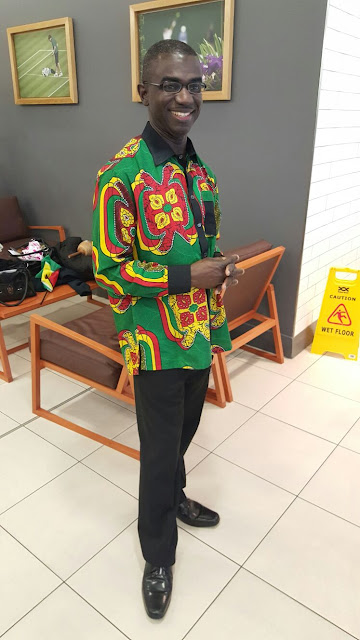 It is an ancestral ritual – positive one too - once this is recognised it cannot be practiced shoddily. Guyana has rich cultural diversity which needs to be honoured and valued. It’s true as Al Creigton argues that ‘ever since slavery and colonial times these displays were condemned as lewd, vulgar and gratuitous’ but that perspective was deliberately to discredit genuine folk and cultural traditions that were socially uplifting and engaging.

In the past couple of weeks I've had requests to do something for a wedding or birthday party that either featured kwe Kwe and folk songs. This tells me the need is there for revitalising our traditions, whether we're home or abroad. So we’re very much looking forward to continuing these folk traditions and to learn more about them and how we can bring them into new Guyanese diasporic experiences which might likewise influence/draw from what’s happening at home. 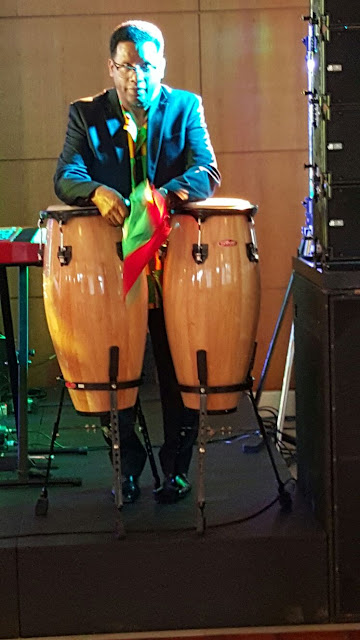 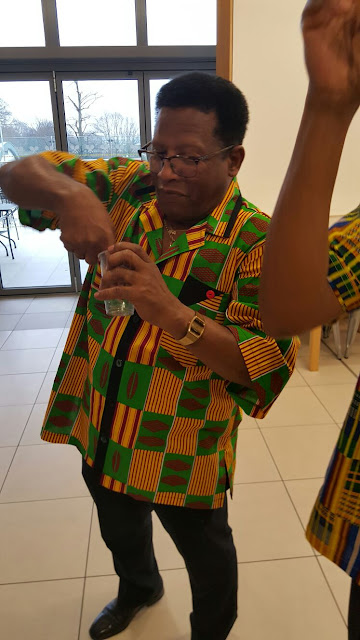 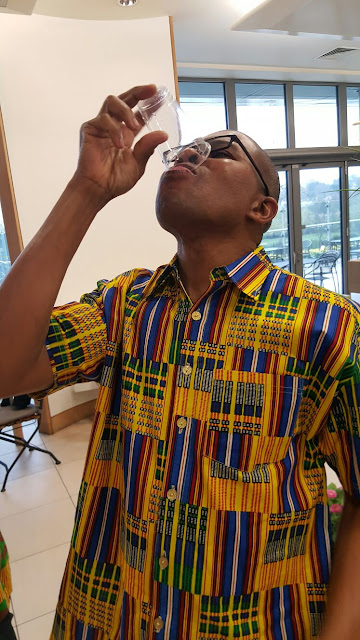 Haydock and Yeuton can't get enough of the High Wine!
Shout Out
All photos in this post are credited to the members of the Kwe Kwe group above.